In 1930-es the former refugees of Armenian genocide were invited to return to soviet Armenia. The government decided to create the settlements for them near the main cities of new Republic. As one of those habitations the New Arabkir district was planned at Yerevan’s northern border. Town architects developed the general layout for the new district.

Its’ construction was mainly financed by helping organizations of Armenian diaspora. Some of residences were built by professional builders, some of them by families themselves. According to master plan the houses should have mainly two stories. The urban types were preferred to country style. New dwelling existed not long. Most of it was lately exchanged to industrial and multistory residential buildings.

There are just singular examples remaining until our days. One of those houses stand on the parcel bought by the developer. It was not his intension to preserve this “old substance” in any form, but we managed to ascertain him to integrate its’ street façade in the future development. We found it important to “tell” the coming generations about the history of the district.

The integration of the old façade is not the single feature of the building. Most of developers in Yerevan are targeting the maximal economic revenues by building high risers. This 4-story development is raver an exception from this rule. Our client wants to reach the economic effect by rational design, rational building and clever operation. The living comfort stays in the center of the project.

Most of apartments have floor area of 85 – 140 m2.  Sixteen of eighteen units have through ventilation, and floor to ceiling windows make them bright even in spite of relative low ceilings (2.55m). The house as an semi-undergound garage. Its technic is placed in the attic roof space. 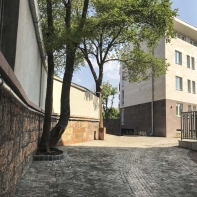 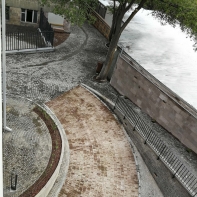 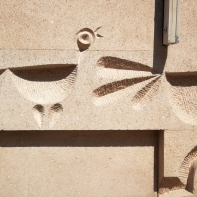 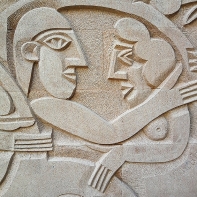 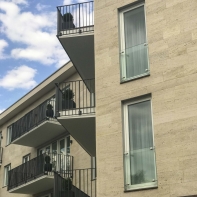 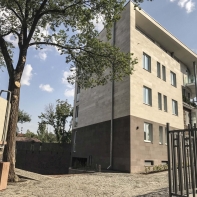 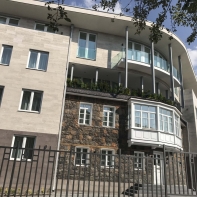 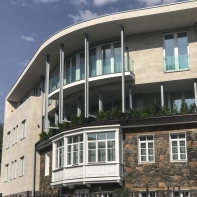 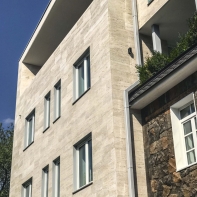 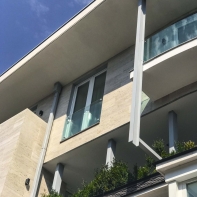 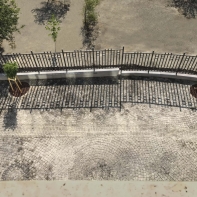 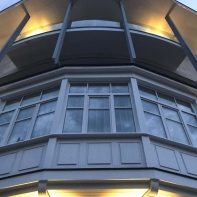 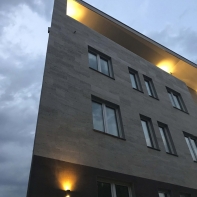 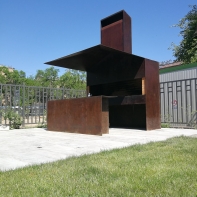 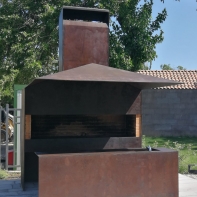 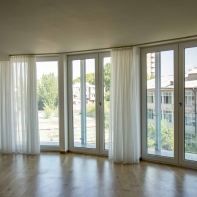 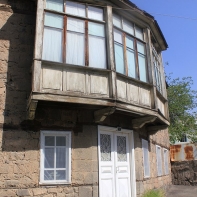 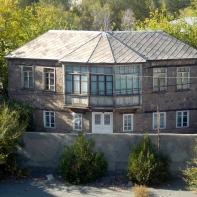